Promising a peek into how the world would be by 2071, Dubai is all set to host a museum of the future. 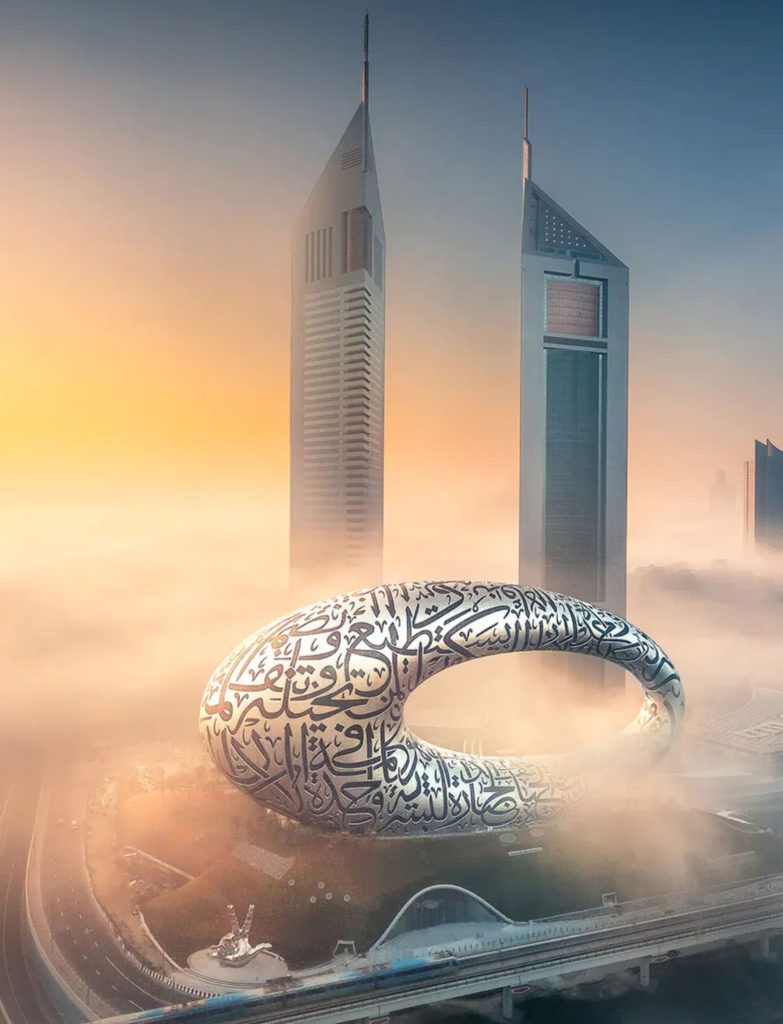 Cited as one of the most beautiful buildings on Earth, the Museum of the Future in Dubai opened for public viewing on the palindrome date of 22nd February 2022. The torus-shaped building, conceptualized and designed by Killa Design and engineered by Buro Happold, is created symbolically to represent a distinct image of the future as we know it. 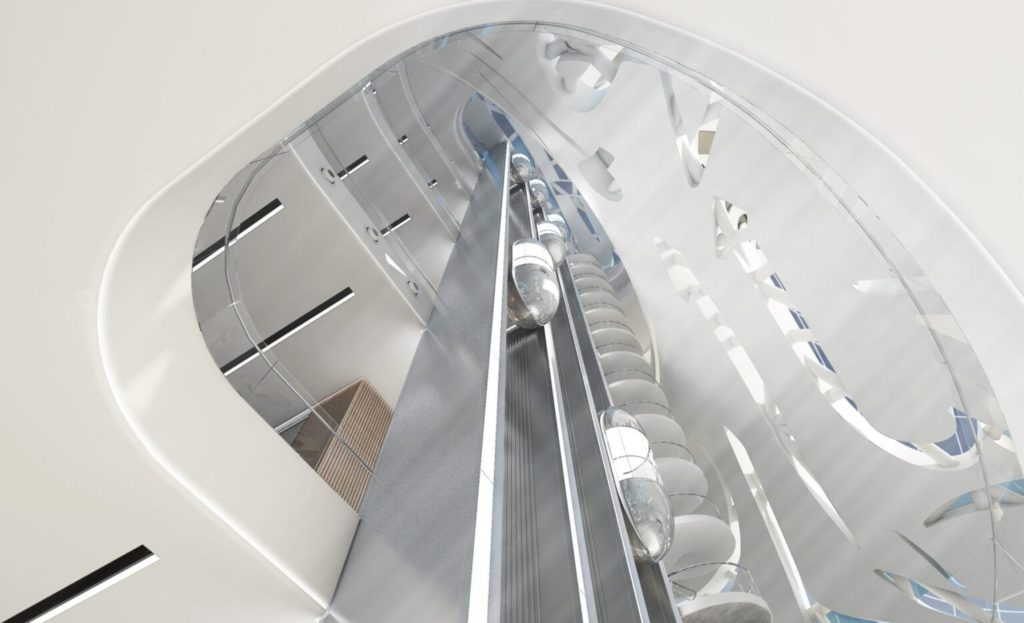 The Museum of the Future is the first of its kind to defy the original connotation of the word ‘museum’. Acclaiming mankind’s historical accomplishments and significant events, a museum is a key element in the fabric of any culture. The latest addition to Dubai’s spectacular skyline is one such key element that has upped the glory in the city’s architectural treasure. The Museum of the Future is located in the Financial District of Dubai, adjacent to the Emirates Towers. 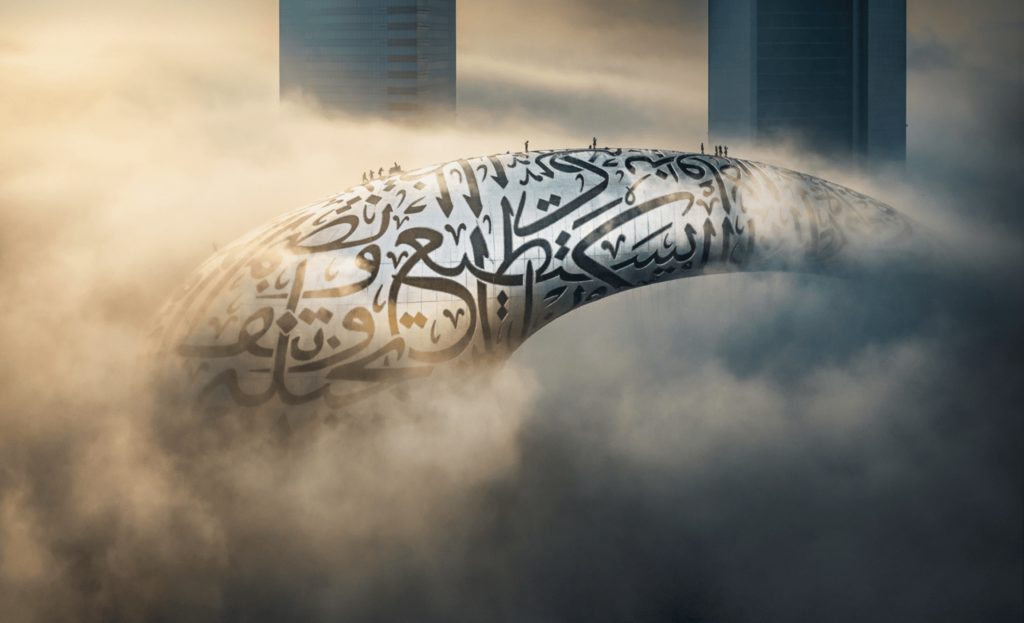 GLIMPSE INTO THE FUTURE 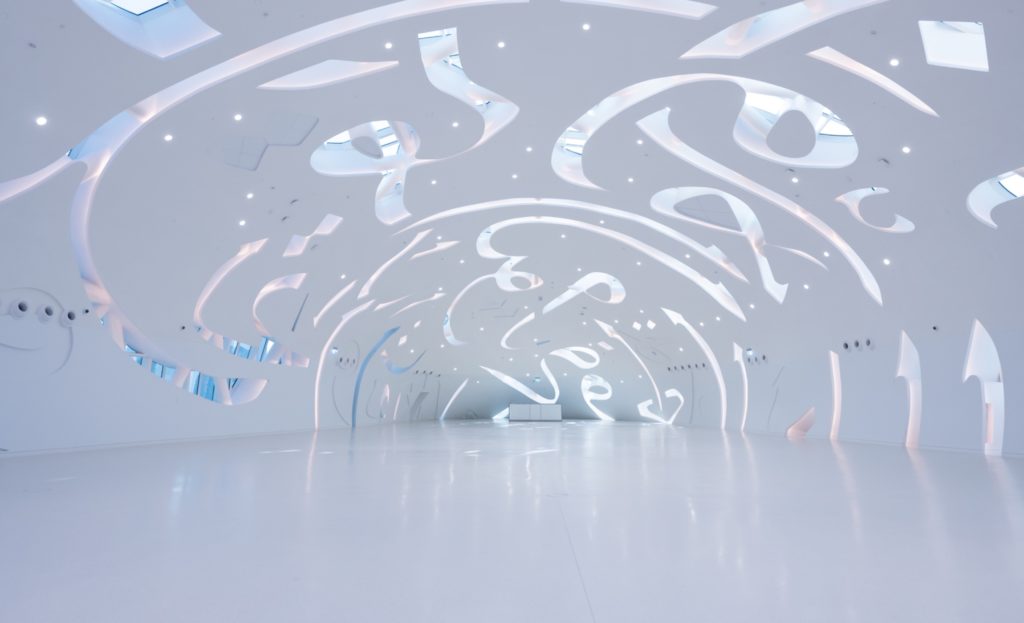 A gateway to 50 years from now, the Museum of the Future in Dubai is an exhibition that demonstrates ground-breaking, futuristic, and innovative notions, inventions, ideologies, services, and products that could be a part of mankind’s future. It seeks to create futuristic, technologically game-changing solutions in every field. Exploring the future applications of robotic and artificial intelligence, the Museum of the Future focuses on innovating and developing technological advantages that could prove beneficial to mankind. For example, major initiatives of the Museum of the Future include 3D printed buildings and ‘Office of the Future’. Termed as a ‘living museum’, it includes traditional exhibits, immersive theatres, and themed spectacles. 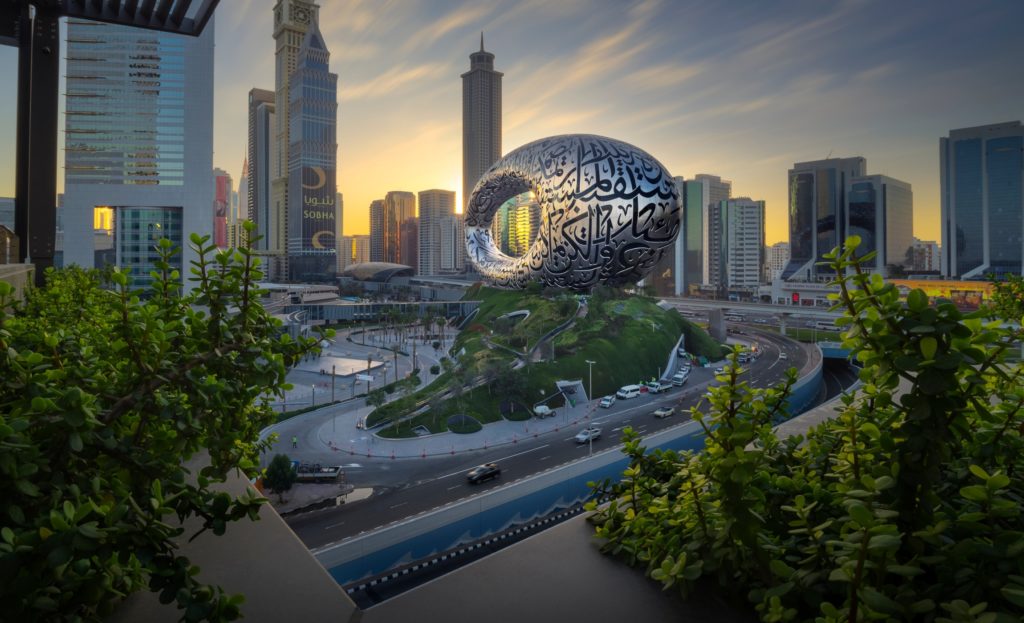 A FUTURISTIC BUILDING BY KILLA DESIGN

Local architecture firm, Killa Design won the design competition held for the museum in 2015. The unique curvature design of the building’s facade was conceptualized by the firm. The symbolic, asymmetric torus shape implies the very vision of the directors of the museum. Considered to be an architectural marvel, the building of the Museum of the Future is one of the most complex structures in the world. 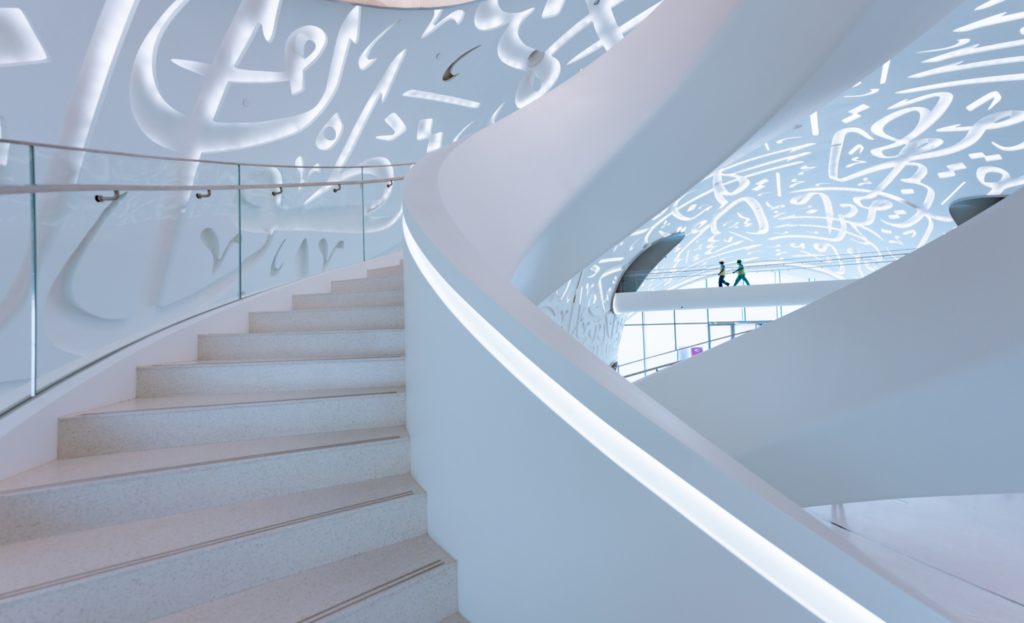 The key components of the Museum of the Future’s structure include the green mound, the building, and the void. The green hillock is included to enhance the elevation level of the building. The substantial side of the building represents all the knowledge treasured by mankind. The void represents the unwritten and uncertain future and its limitless possibilities that will be fueled by innovation, human intelligence, and technological developments. 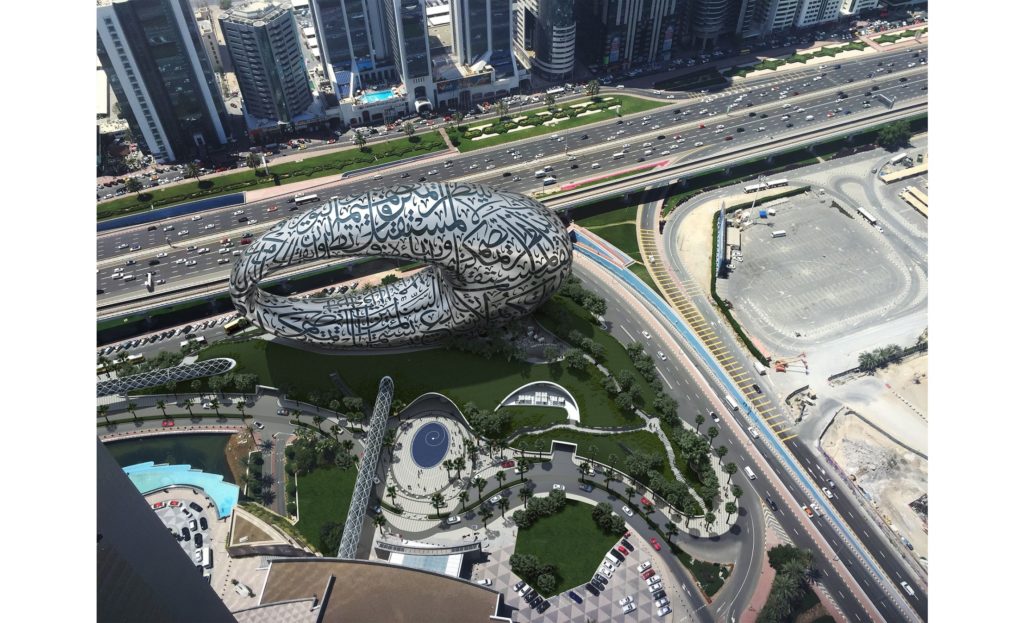 SCRIPTURES ON MUSEUM OF THE FUTURE 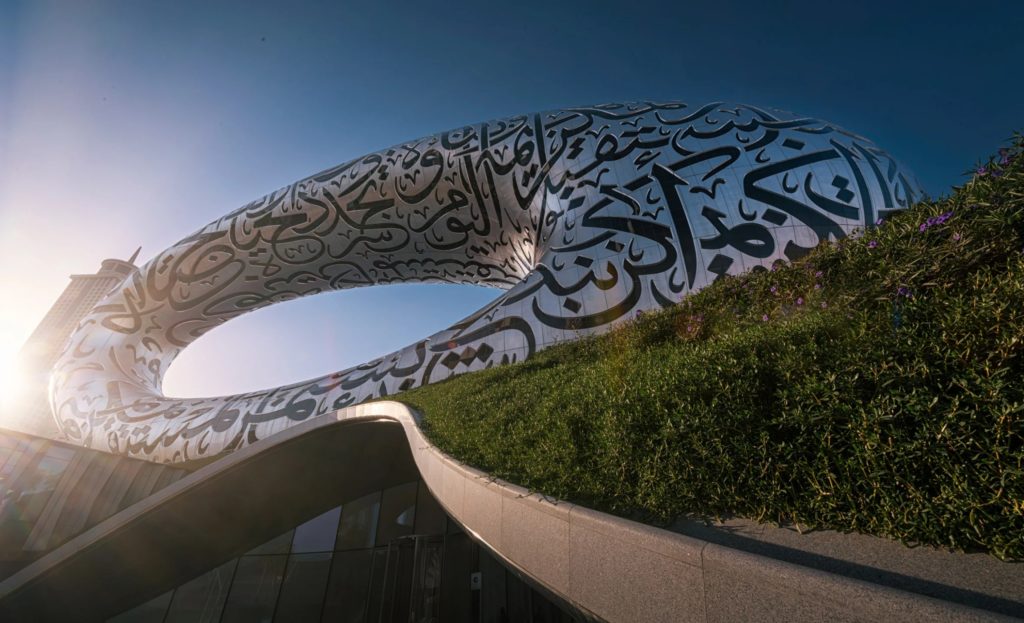 If one takes a gander, one will wonder what is written on the Museum of the Future. The USP of the museum’s design lies in the blazing scriptures carved in 3D on the surface of the building. Words penned by HH Sheikh Mohammed Bin Rashid Al Maktoum, Vice President and the Prime Minister of UAE and the Ruler of Dubai, are engraved on the Museum of the Future. The inspirational poetry translates into three quotes: 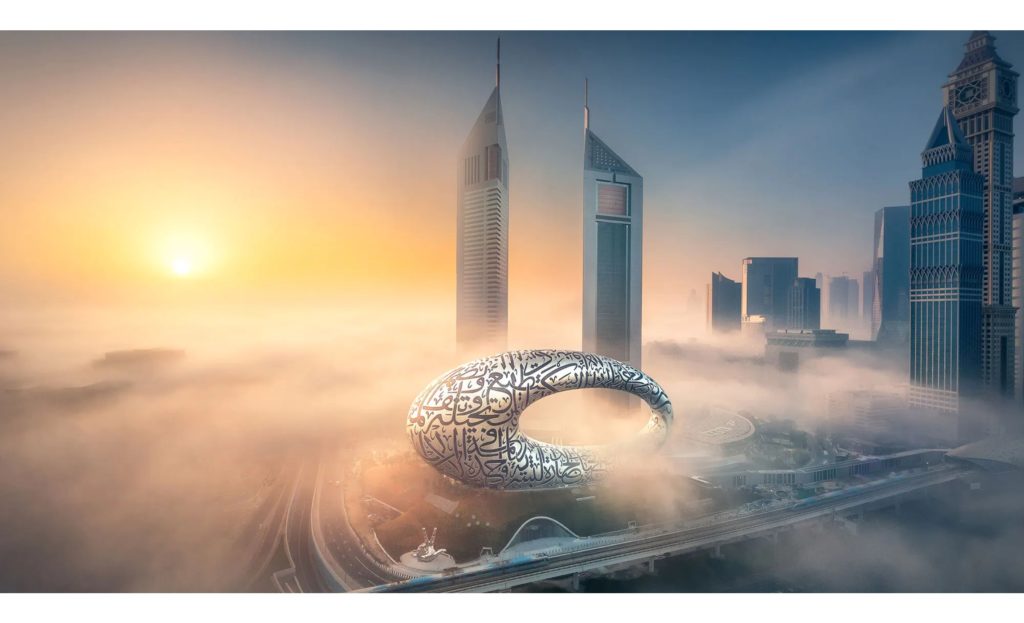 1. The future belongs to those who can imagine it.
2. Design it and execute it.
3. It isn’t something you await, but rather create.


BOOKING & COST OF ENTRY IN THE MUSEUM OF THE FUTURE 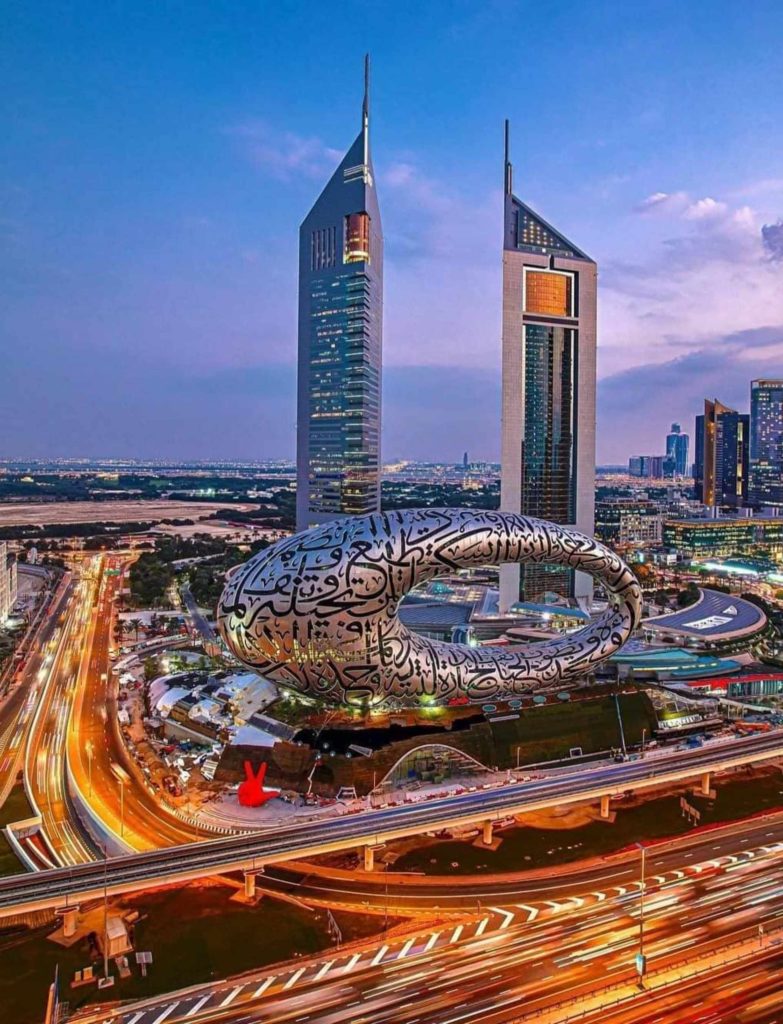 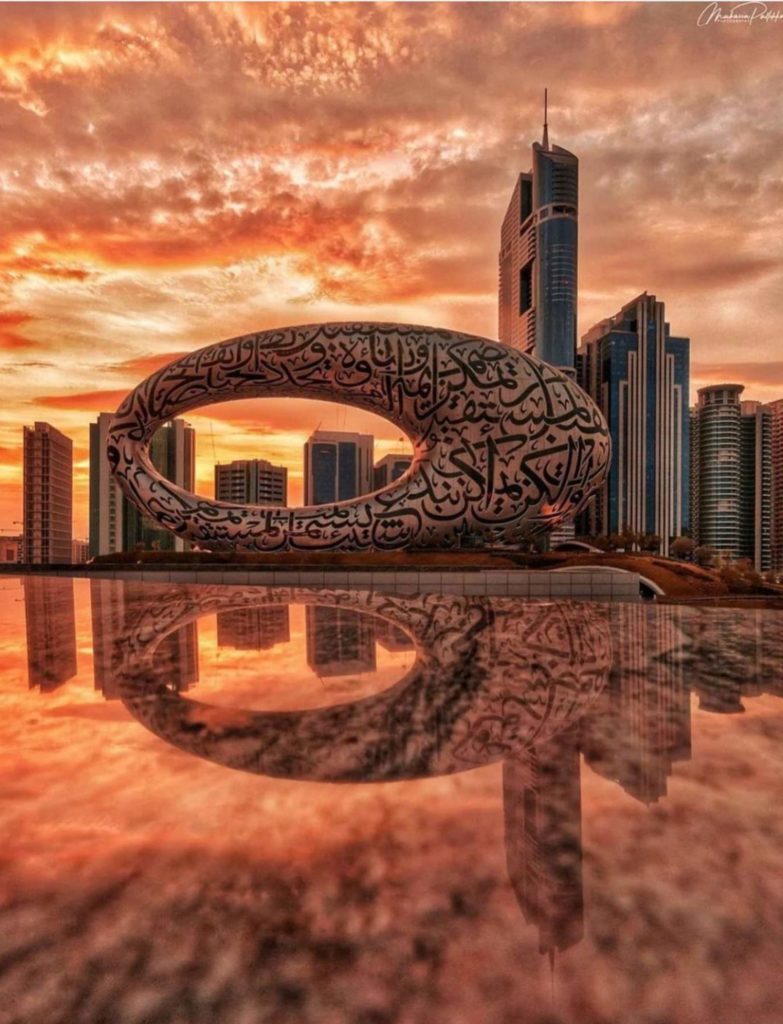