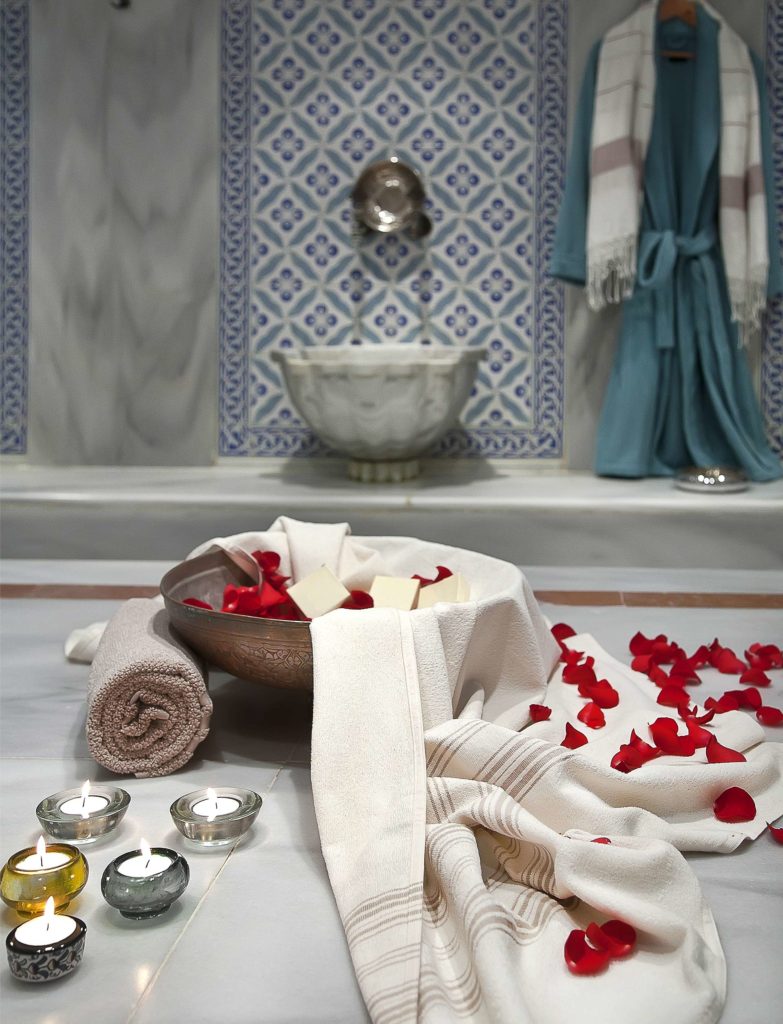 Turkish hammam baths have remained ingrained in the social and cultural fabric of Turkey and other middle eastern countries since ancient times. The term ‘hamma’ denotes ‘heat up’. The public baths were used as saunas or steam baths. In the olden days, hammam baths provided a way to socialize too. Istanbul’s tourism flourished due to its heritage, history, and art & culture. Therefore, Turkish hammam baths became a significant component of Istanbul’s tourist attractions. 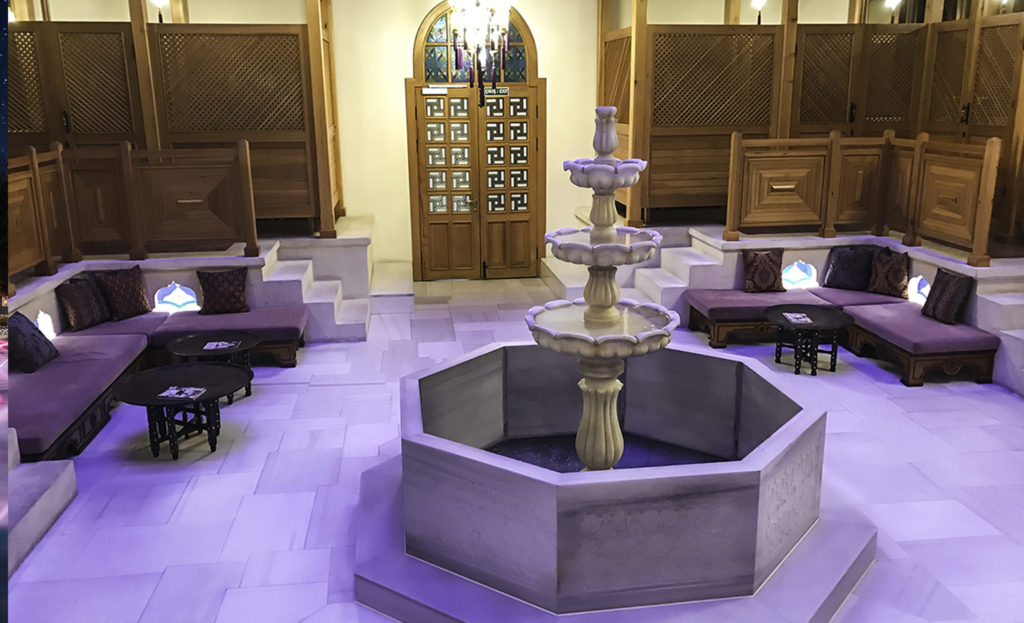 One of the oldest and sought after luxury Turkish hamam baths in Istanbul is Ayasofya Hürrem Sultan Hamam (Hagia Sophia Hurrem Sultan Hamam). The Turkish bath was built in the 16th century. It was commissioned by Hurrem Sultan and designed by Mimar Sinan as a charity building. The bath shut in 1910 and it was restored and opened to the public in 2008. The architecture of the Turkish hamam bath is one of a kind, containing the male section and the female section on the same axis mirroring each other. The Turkish bath includes 5 different packages and the massage therapies include rejuvenating services like aromatherapy, foot massage, anti-stress massage, and back massage. 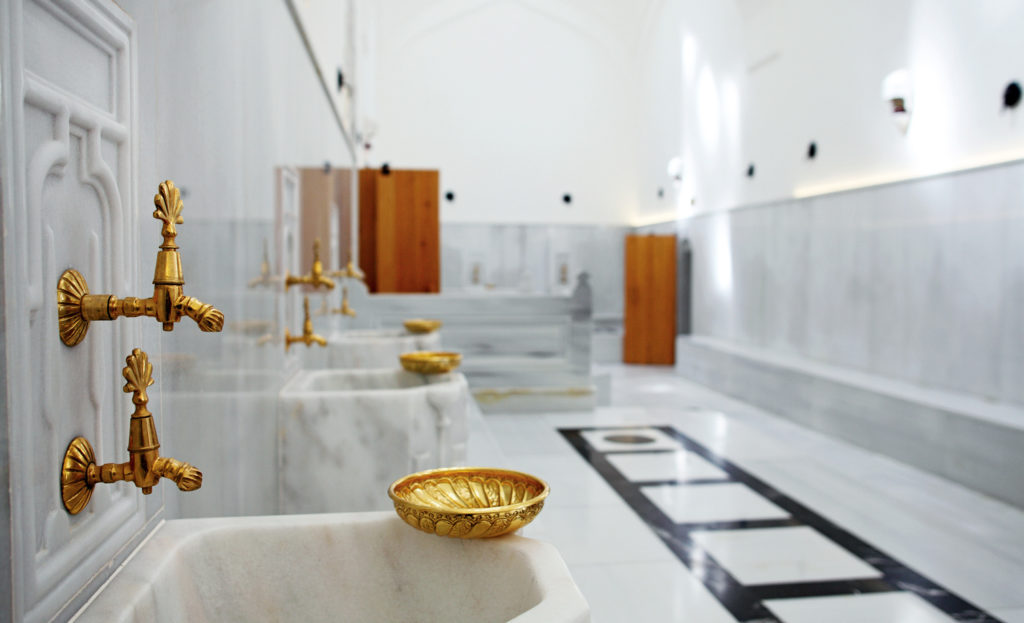 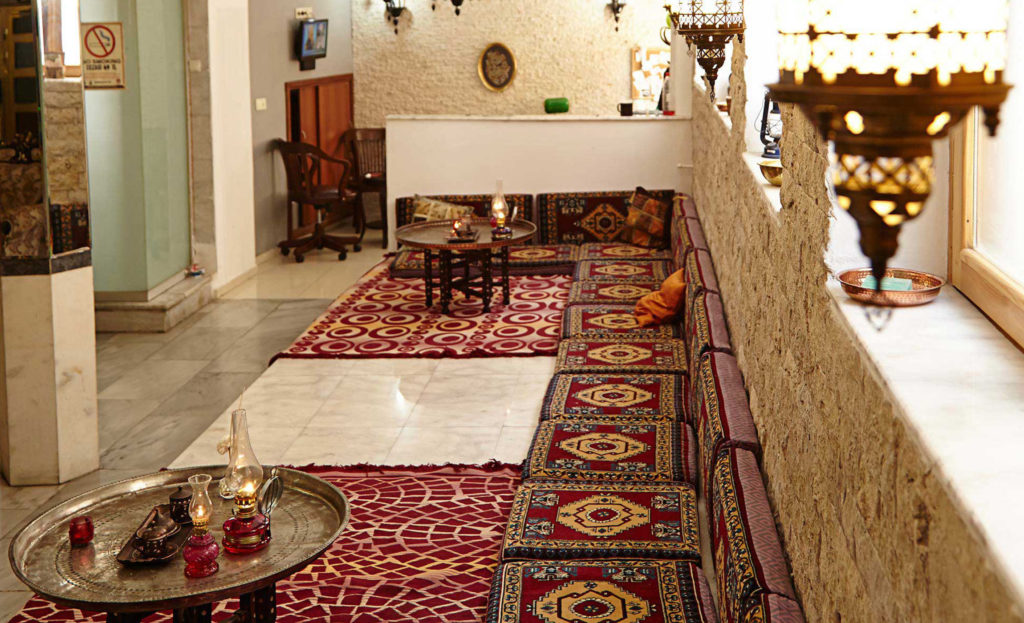 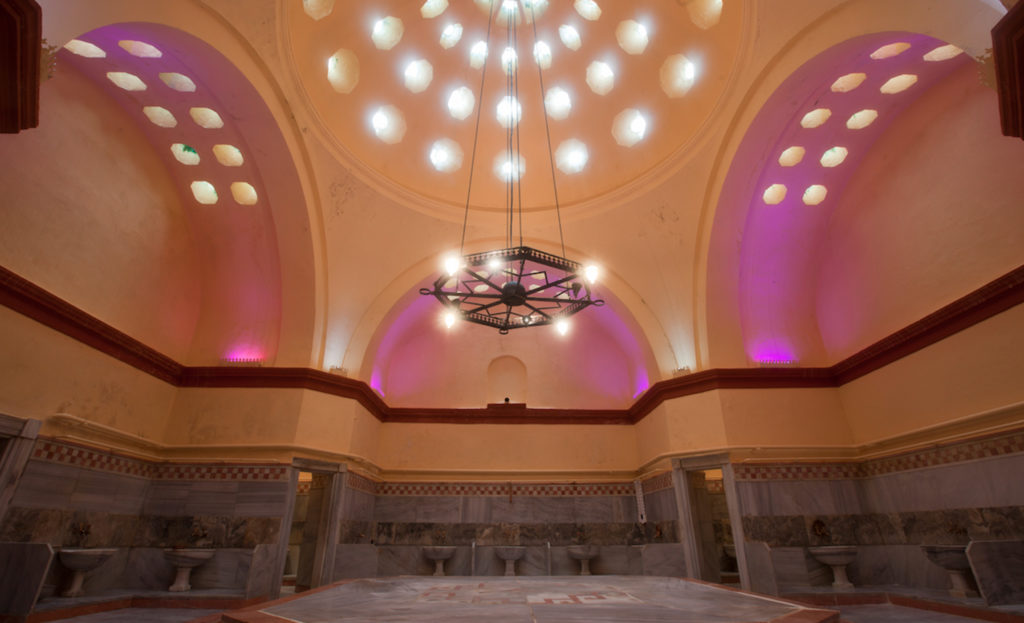 One of the best Turkish baths in Istanbul, Tarihi Galatasaray Hamamı is the only Turkish hamam bath that is affiliated to the Ministry of Tourism. The construction of this magnificent Turkish hamam bath has an interesting story. It was built by Sultan II in 1481. The Turkish hamam bath was renovated and opened for public use. It offers the standard range of services including bath, pouch, bubble bath, and oil massage. 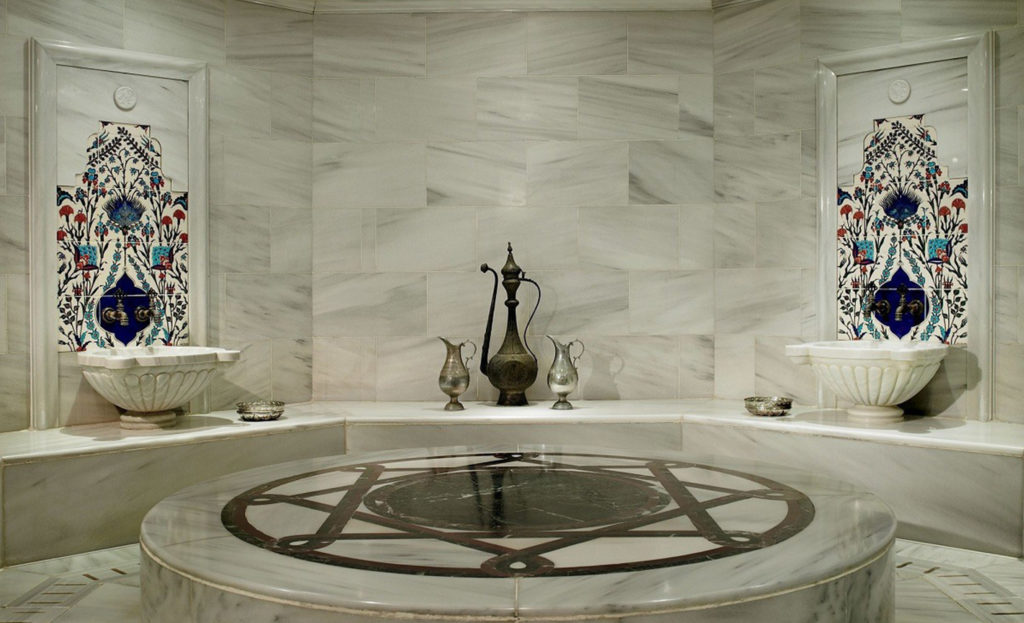 Built in 1557, Süleymaniye Hamamı is a historic Turkish hammam bath designed by Mimar Sinan. It is the only hammam in Istanbul where there are no separate bathing sections for men and women. The building is crowned by a lavish, arched dome and intricate marble inlay-work on the walls. There was a ‘bowl of icterus’ that was lost after being used for several ages. It was rumored that whoever washed themselves from this bowl got cured. The range of services offered by the hammam include bathing, washing, peeling, and soap massages. 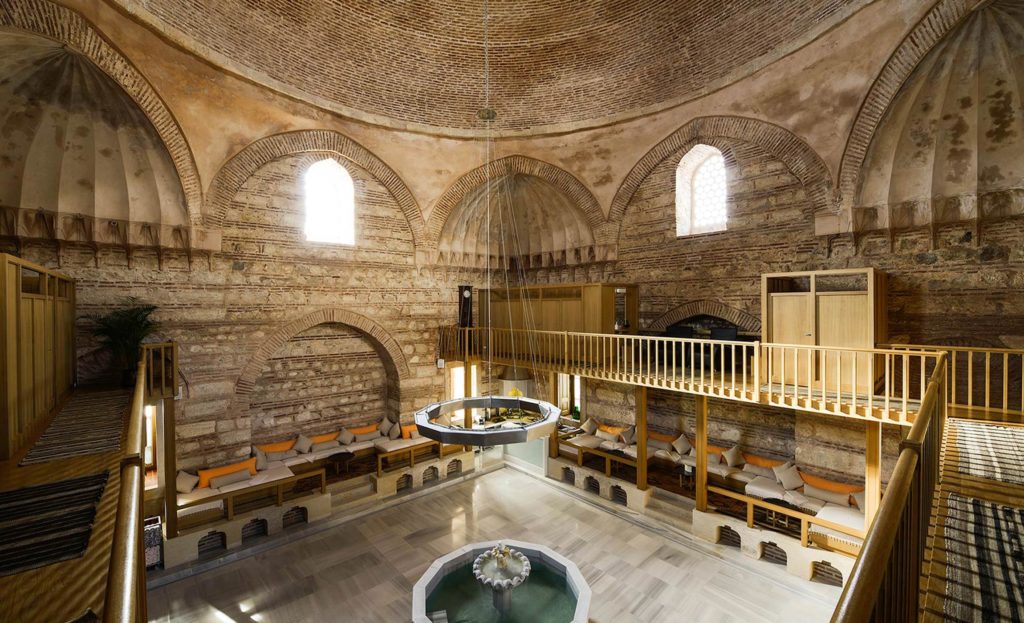 Kilic Ali Pasa is a 16th century bath house built by the Ottoman architect and civil engineer, Mimar Sinan. The hammam was reopened after a 7-year construction. The Turkish hammam bath offers a traditional hammam experience that includes a refreshing drink and a thorough loofah scrub before a refreshing steam bath. The hammam also offers specific Turkish bath services for children.