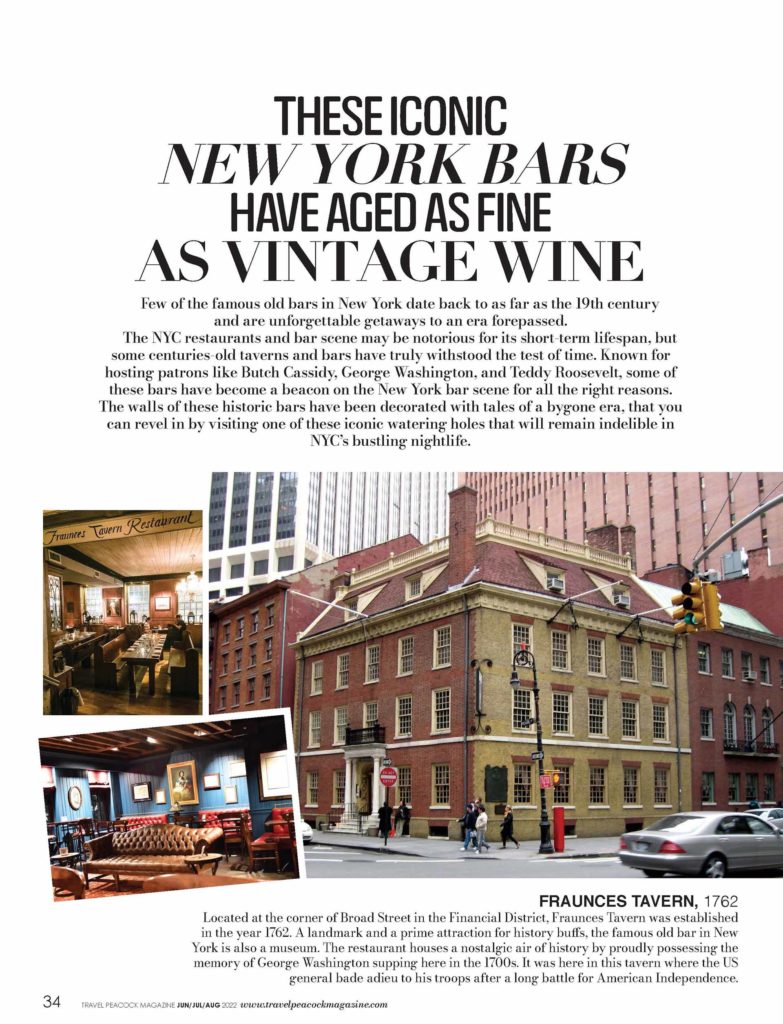 Few of the famous old bars in New York date back to as far as the 19th century and are unforgettable getaways to an era forepassed.

The NYC restaurants and bar scene may be notorious for its short-term lifespan, but some centuries-old taverns and bars have truly withstood the test of time. Known for hosting patrons like Butch Cassidy, George Washington, and Teddy Roosevelt, some of these bars have become a beacon on the New York bar scene for all the right reasons. The walls of these historic bars have been decorated with tales of a bygone era, that you can revel in by visiting one of these iconic watering holes that will remain indelible in NYC’s bustling nightlife.

FRAUNCES TAVERN, 1762
Located at the corner of Broad Street in the Financial District, Fraunces Tavern was established in the year 1762. A landmark and a prime attraction for history buffs, the famous old bar in New York is also a museum. The restaurant houses a nostalgic air of history by proudly possessing the memory of George Washington supping here in the 1700s. It was here in this tavern where the US general bade adieu to his troops after a long battle for American Independence. 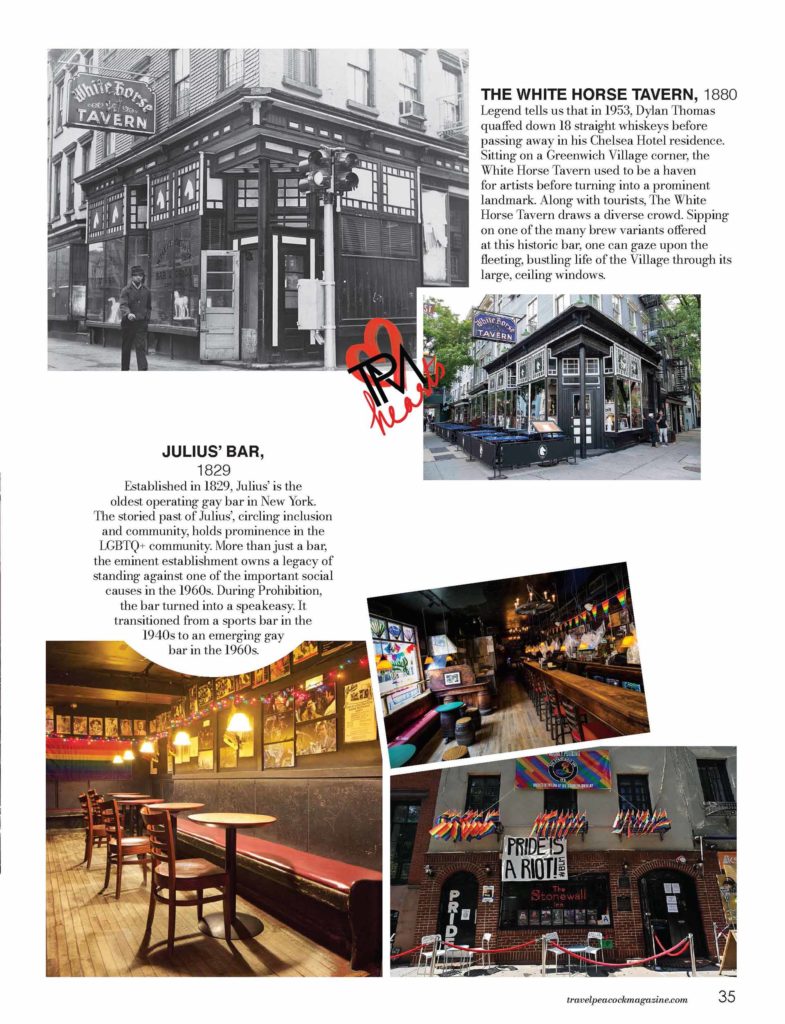 THE WHITE HORSE TAVERN, 1880
Legend tells us that in 1953, Dylan Thomas quaffed down 18 straight whiskeys before passing away in his Chelsea Hotel residence. Sitting on a Greenwich Village corner, the White Horse Tavern used to be a haven for artists before turning into a prominent landmark. Along with tourists, The White Horse Tavern draws a diverse crowd. Sipping on one of the many brew variants offered at this historic bar, one can gaze upon the fleeting, bustling life of the Village through its large, ceiling windows.


JULIUS’ BAR, 1829
Established in 1829, Julius’ is the oldest operating gay bar in New York. The storied past of Julius’, circling inclusion and community, holds prominence in the LGBTQ+ community. More than just a bar, the eminent establishment owns a legacy of standing against one of the important social causes in the 1960s. During Prohibition, the bar turned into a speakeasy. It transitioned from a sports bar in the 1940s to an emerging gay bar in the 1960s. 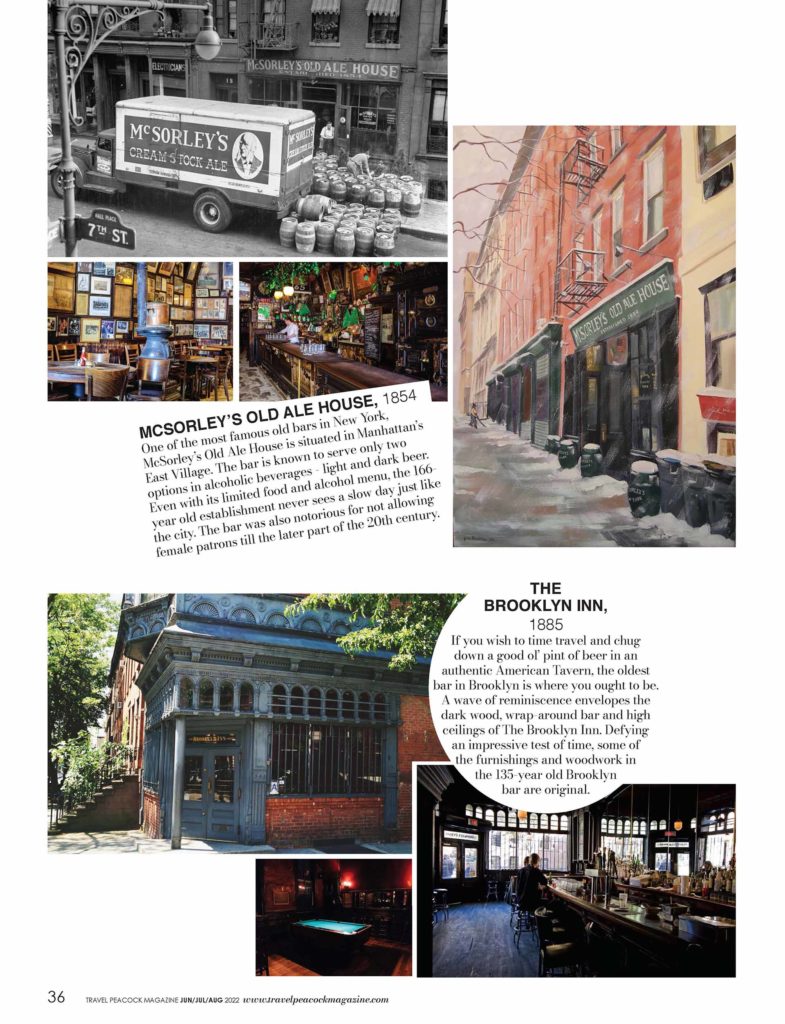 MCSORLEY’S OLD ALE HOUSE, 1854
One of the most famous old bars in New York, McSorley’s Old Ale House is situated in Manhattan’s East Village. The bar is known to serve only two options in alcoholic beverages – light and dark beer. Even with its limited food and alcohol menu, the 166-year old establishment never sees a slow day just like the city. The bar was also notorious for not allowing female patrons till the later part of the 20th century.


THE BROOKLYN INN, 1885
If you wish to time travel and chug down a good ol’ pint of beer in an authentic American Tavern, the oldest bar in Brooklyn is where you ought to be. A wave of reminiscence envelopes the dark wood, wrap-around bar and high ceilings of The Brooklyn Inn. Defying an impressive test of time, some of the furnishings and woodwork in the 135-year old Brooklyn bar are original. 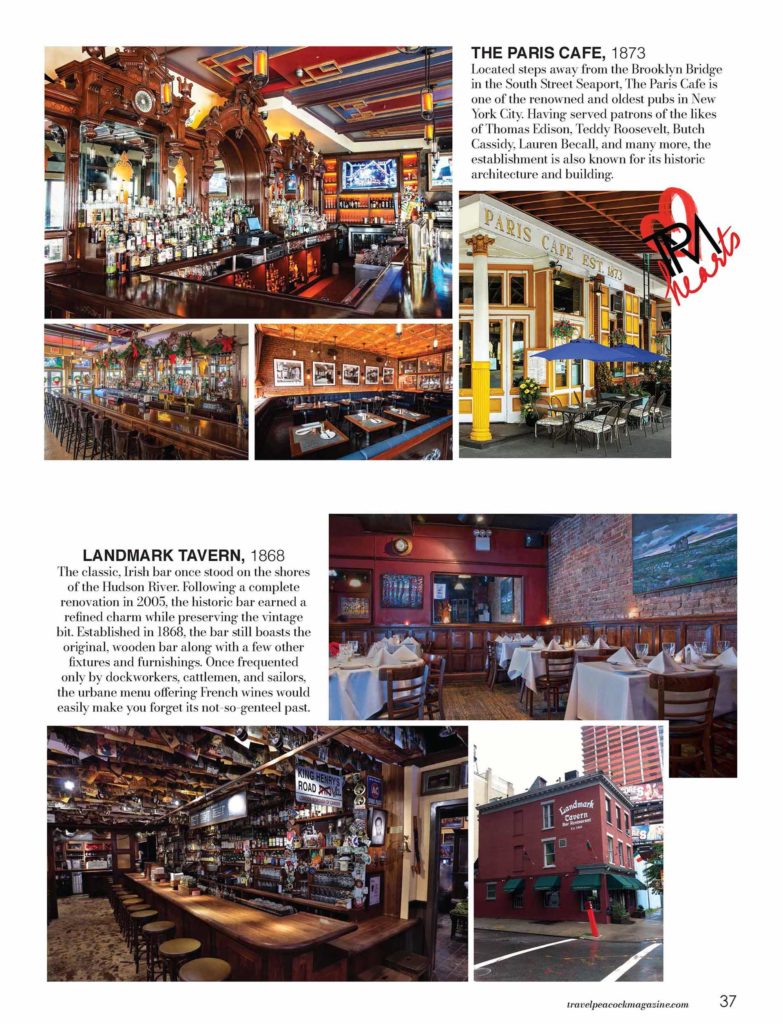 THE PARIS CAFE, 1873
Located steps away from the Brooklyn Bridge in the South Street Seaport, The Paris Cafe is one of the renowned and oldest pubs in New York City. Having served patrons of the likes of Thomas Edison, Teddy Roosevelt, Butch Cassidy, Lauren Becall, and many more, the establishment is also known for its historic architecture and building.


LANDMARK TAVERN, 1868
The classic, Irish bar once stood on the shores of the Hudson River. Following a complete renovation in 2005, the historic bar earned a refined charm while preserving the vintage bit. Established in 1868, the bar still boasts the original, wooden bar along with a few other fixtures and furnishings. Once frequented only by dockworkers, cattlemen, and sailors, the urbane menu offering French wines would easily make you forget its not-so-genteel past.