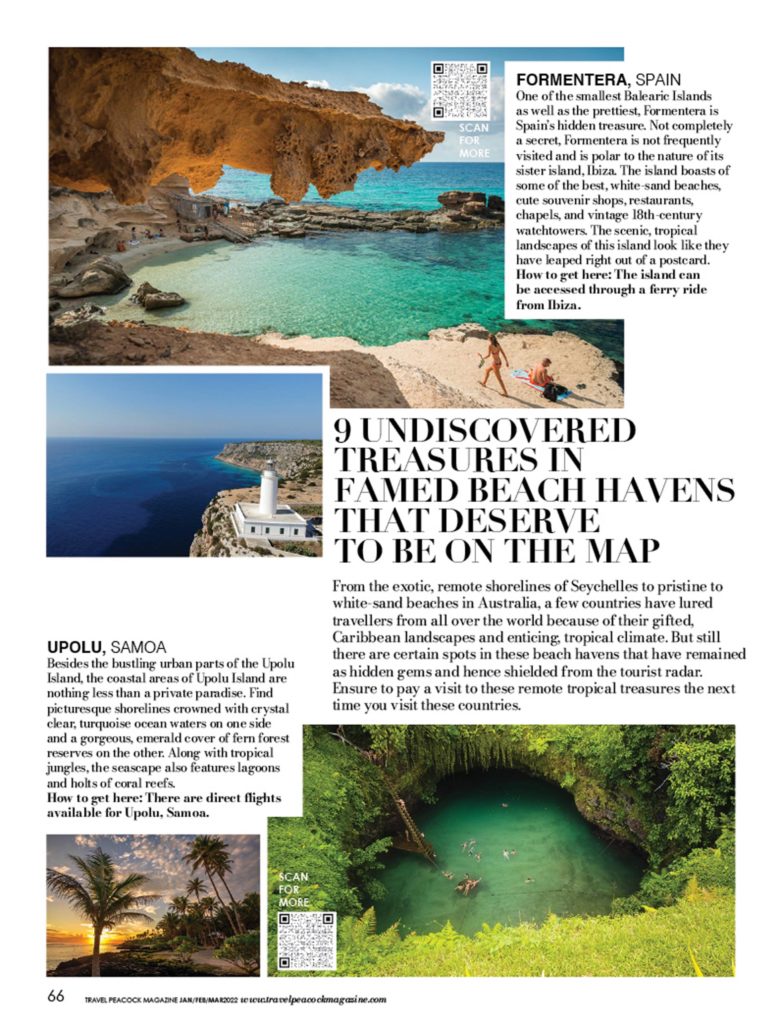 From the exotic, remote shorelines of Seychelles to pristine to white-sand beaches in Australia, a few countries have lured travellers from all over the world because of their gifted, Caribbean landscapes and enticing, tropical climate. But still there are certain spots in these beach havens that have remained as hidden gems and hence shielded from the tourist radar. Ensure to pay a visit to these remote tropical treasures the next time you visit these countries.

1. Formentera, Spain
One of the smallest Balearic Islands as well as the prettiest, Formentera is Spain’s hidden treasure. Not completely a secret, Formentera is not frequently visited and is polar to the nature of its sister island, Ibiza. The island boasts of some of the best, white-sand beaches, cute souvenir shops, restaurants, chapels, and vintage 18th-century watchtowers. The scenic, tropical landscapes of this island look like they have leaped right out of a postcard.
How to get here: The island can be accessed through a ferry ride from Ibiza.

2. Upolu, Samoa
Besides the bustling urban parts of the Upolu Island, the coastal areas of Upolu Island are nothing less than a private paradise. Find picturesque shorelines crowned with crystal clear, turquoise ocean waters on one side and a gorgeous, emerald cover of fern forest reserves on the other. Along with tropical jungles, the seascape also features lagoons and holts of coral reefs.
How to get here: There are direct flights available for Upolu, Samoa.

3. Sumba, Indonesia
The island of Sumba is Indonesia’s well-kept secret. The tourism of the country thrives due to its major hotspot, Bali. But the existence of this tropical island, that sits an hour and a half away from Bali, is not thankfully not frequented by tourists. The island’s untouched sandy beaches strewn with boulders, lush vegetation and lined with translucent, azure waters makes it a mesmerising, unexplored travel destination.
How to get here: The island is connected by air via the Tambolaka Airport.

4. Lanai, Hawaii
The tropical paradise is strewn with magnificent islands and beaches but there are a few spots that have remained sheathed and have hardly been explored. For example, the island of Lanai is often overlooked by tourists due to the frequently visited Oahu, Maui, and Kauai. The island boasts of unspoiled and undeveloped beaches as well as desert-like landscapes that make it a hidden, tropical gem. Most of the beaches on this island are difficult to navigate due to their remote location but they are worth the effort.
How to get here: One cannot directly fly to Lanai. One needs to fly to Honolulu International Airport or Kahului Airport and connect with the local airlines to Lanai Airport. There is also a ferry service from Maui.

5. Agistri, Greece
One of the Saronic Islands, Agistri is one of Greece’s gorgeous tropical secrets. The island could make a perfect pick if you want to do away with the touristy, crowded beaches of Mykonos. Being a dainty island, one can rent a bicycle and cruise along the pine-covered coastal roads. Few of the must-see spots on the island are Dragonera and Aponissos.
How to get here: The island is a one-hour boat ride from the Athenian Port of Piraeus. 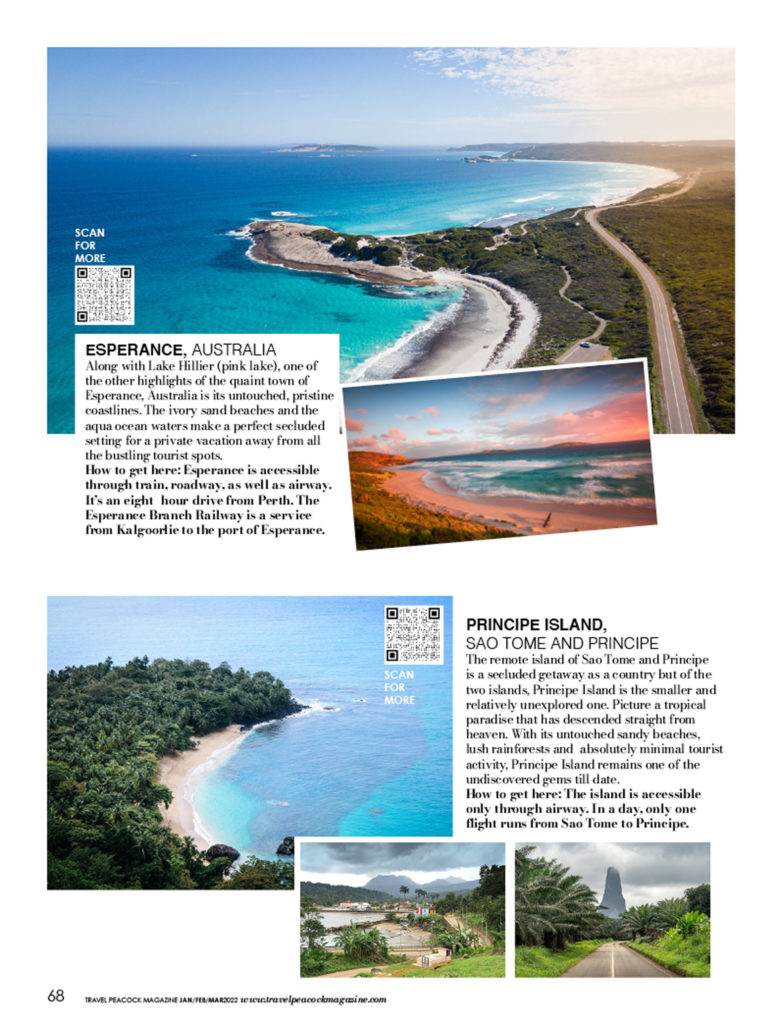 6. Esperance, Australia
Along with Lake Hillier (pink lake), one of the other highlights of the quaint town of Esperance, Australia is its untouched, pristine coastlines. The ivory sand beaches and the aqua ocean waters make a perfect secluded setting for a private vacation away from all the bustling tourist spots.
How to get here: Esperance is accessible through train, roadway, as well as airway. It’s an eight- hour drive from Perth. The Esperance Branch Railway is a service from Kalgoorlie to the port of Esperance.

7. Principe Island, Sao Tome and Principe
The remote island of Sao Tome and Principe is a secluded getaway as a country but of the two islands, Principe Island is the smaller and relatively unexplored one. Picture a tropical paradise that has descended straight from heaven. With its untouched sandy beaches, lush rainforests and absolutely minimal tourist activity, Principe Island remains one of the undiscovered gems till date.
How to get here: The island is accessible only through airway. In a day, only one flight runs from Sao Tome to Principe.

8. Jurassic Coast Durdle Door, Dorset, England
Skip the chaotic tourist rush at the famous attractions of the country and explore its hidden tropical treasure. One of the less frequently visited beaches in England is the Jurassic Coast. The World Heritage Site boasts the renowned Durdle Door, a hard limestone arch that sticks vertically out of the sea. The seascape of the region is wreathed with picturesque cliffs and teal-blue ocean.
How to get here: Jurassic Coast Durdle Door is best accessed by a car ride by turning at Holmebridge if driving from the eastern side.

9. Vik I Myrdal, Iceland
A small fishing village situated on the southernmost tip of Iceland boasts one of the unique beaches in the world. The coastline of the region is nestled safely away from development and tourist activities. Reynisfjara Beach is situated near the fishing village and is one of the only 20 black sand beaches in the world. The island nation experiences frequent volcanic activities, which is why it is a geological wonder. The black sand beach is one of the byproducts of the natural phenomenons occurring in the region.
How to get here: The best way to reach Vik I Myrdral is through Route One or the main Ring Road.