TRAVEL
4 weeks ago
by TPM TEAM 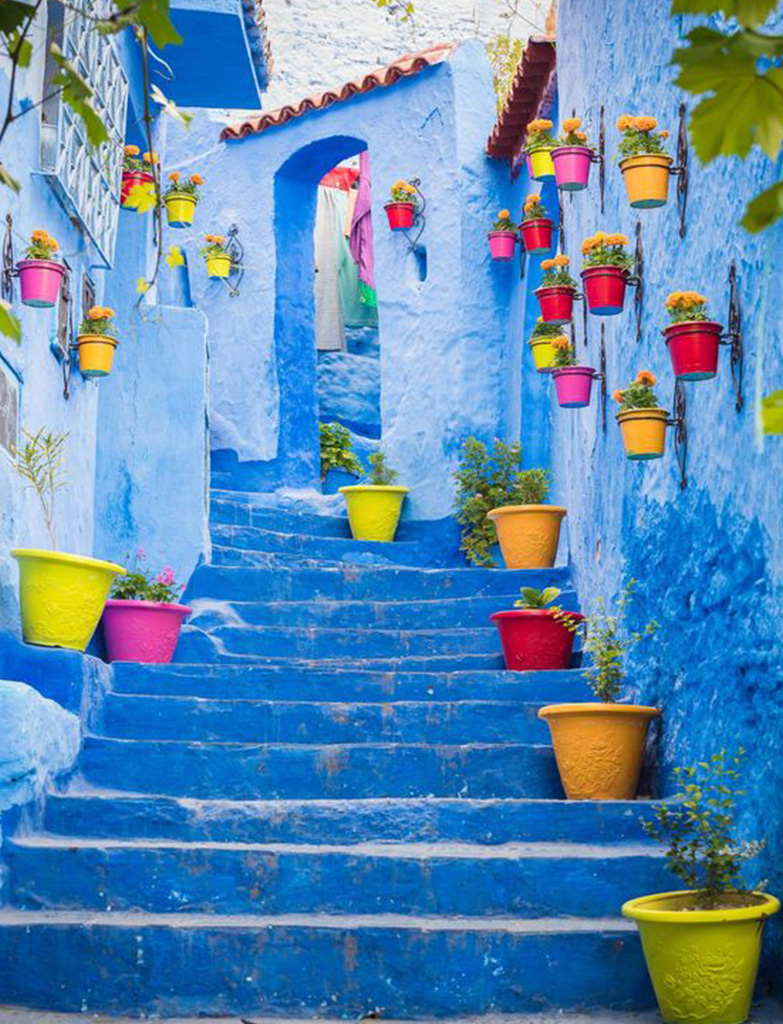 When life gives you a rainbow, go on a painting spree! Well, it’s not just us who feel this way, but there exist some places in the world that boast lovely and colourful houses, towns, villages, buildings, and much more. While their psychedelic architectures offer a visual paradise, the history behind their colourful personas holds equal substance. Quirky motifs, bright and popping colour-filled walls, painterly and cultural significance—you name it, they have it! From the lively Colombian pueblo of Guatape to the vibrant Bo-Kaap of South Africa, join in as we take you on a rainbow ride, to some of the most colourful places across the Earth. 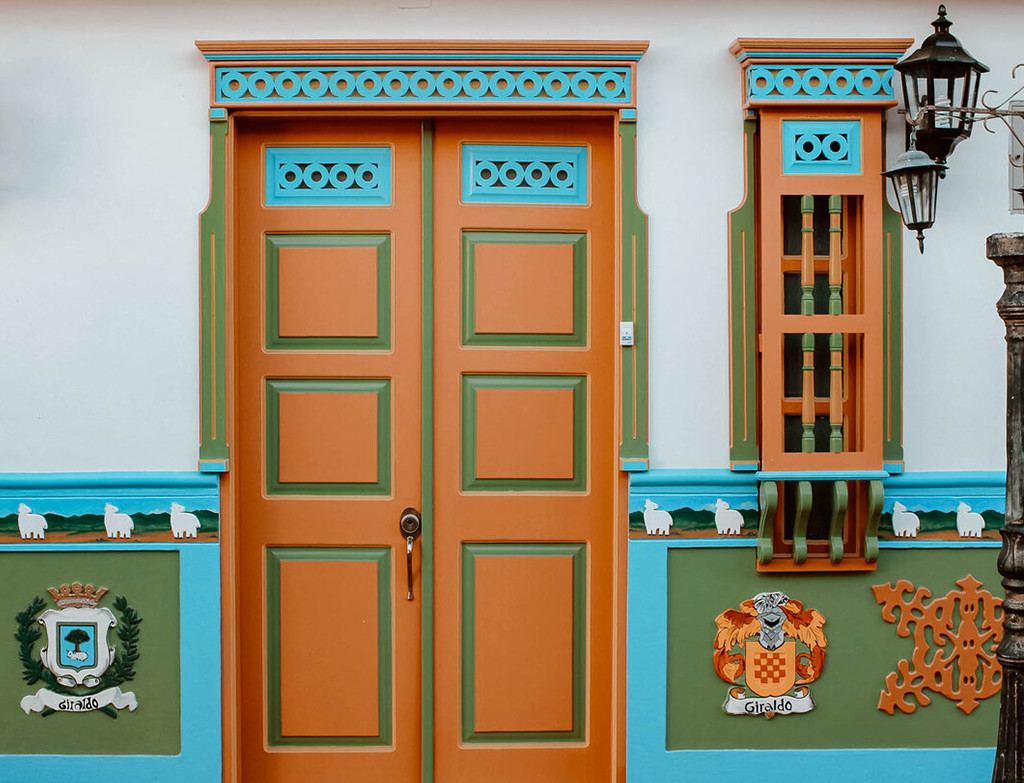 The lively and prismatic beauty of Guatape in Colombia prompts us to crown it as the world’s most vibrant town. Located around a two-hour drive from the city of Medellin, the beautiful town sits on the shores of lake Embalse. The pueblo of Guatape has garnered worldwide attention for its colourful and flamboyant homes. Traditional houses, doorways, balconies, furnishings, and even steps across the whole city flaunt painterly illustrations depicting diverse animals, people, and shapes. 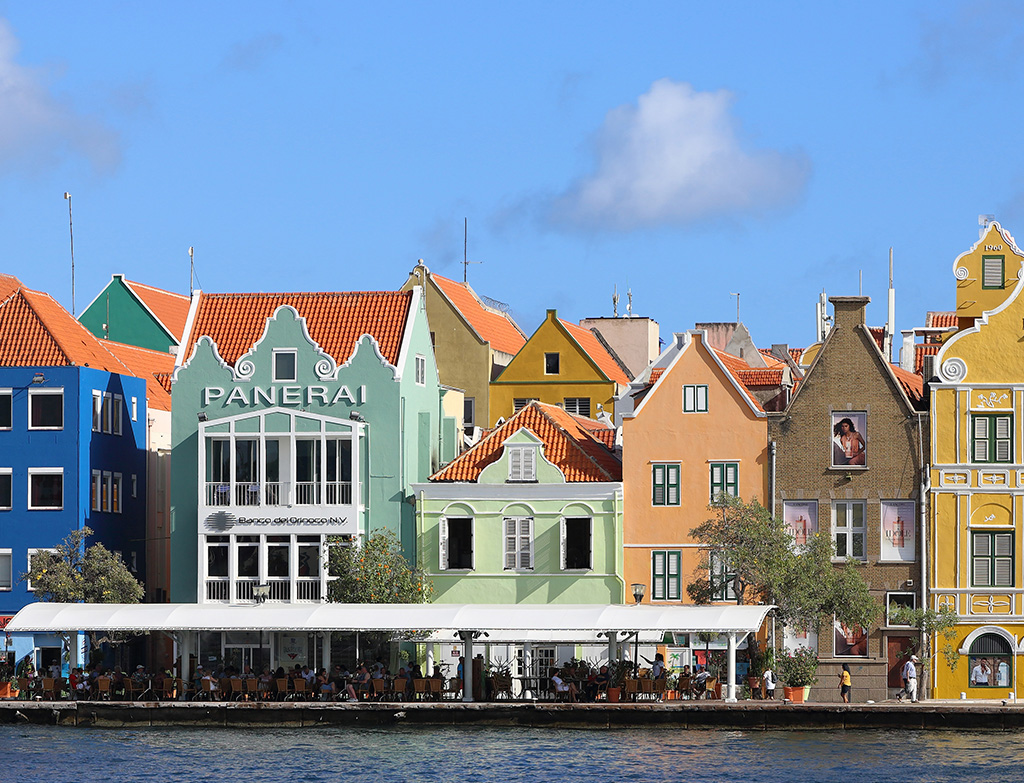 This delightful Caribbean island flaunts an extravagant colour palette because of its stunning kaleidoscopic Dutch buildings located along the Handelskade waterfront. This vibrant facet dates back to the eighteenth century when the ruling Governor Albert Kikkert complained of migraines caused due to the sun reflecting off the then white-coloured buildings. While he demanded the buildings to be masked in any colour but white, within three years the entire town became colourful. The historic area of Willemstad is a UNESCO-certified site. The charming town reflects the beautiful architectural styles and concepts inspired by the countries, the town engaged in trade with, such as the Netherlands as well as the Spanish and Portuguese colonial towns. 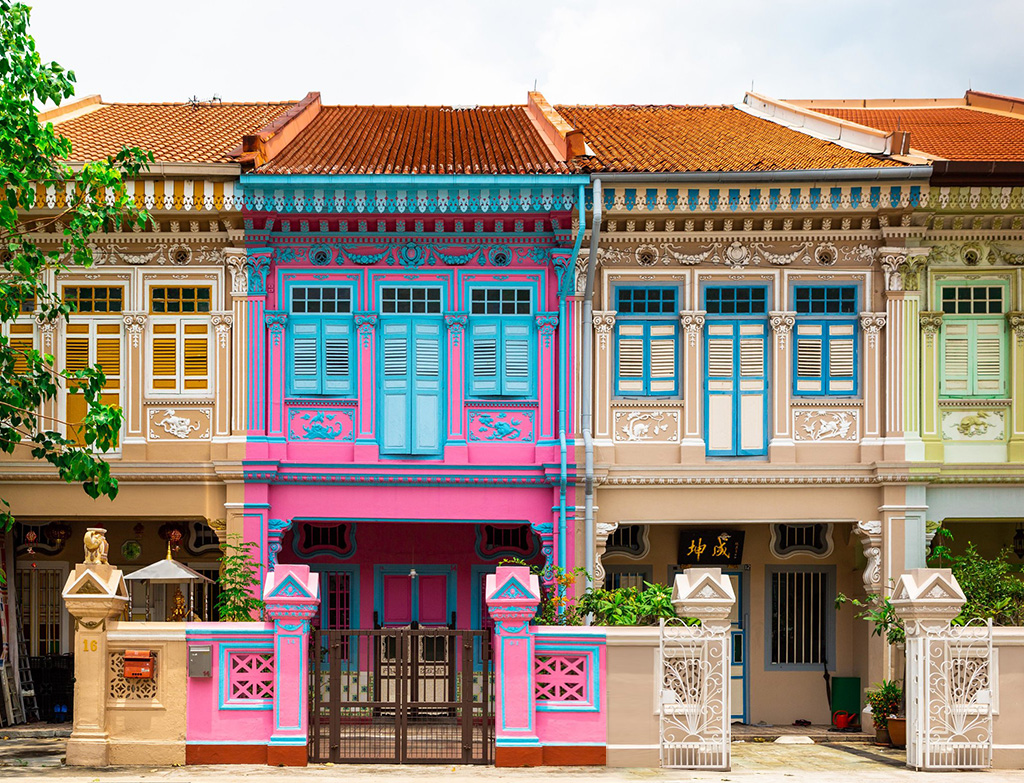 Located outside the main road of the Katang neighbourhood of Singapore, these brightly-hued Pernakan homes provide a huge contrast to the glass and concrete constructions of the ‘Lion City’. The quaint architecture of these houses has its root back in the 15th century, and vividly reflects the traditions and cultures of the Peranakan community. The homes on Koon Seng Road are often referred to as the “Painted Ladies” by the local residents and exhibit a diverse medley of Indian, Malay, and Chinese as well as a bit of Portuguese, Dutch and Indonesian culture thrown in the mix. 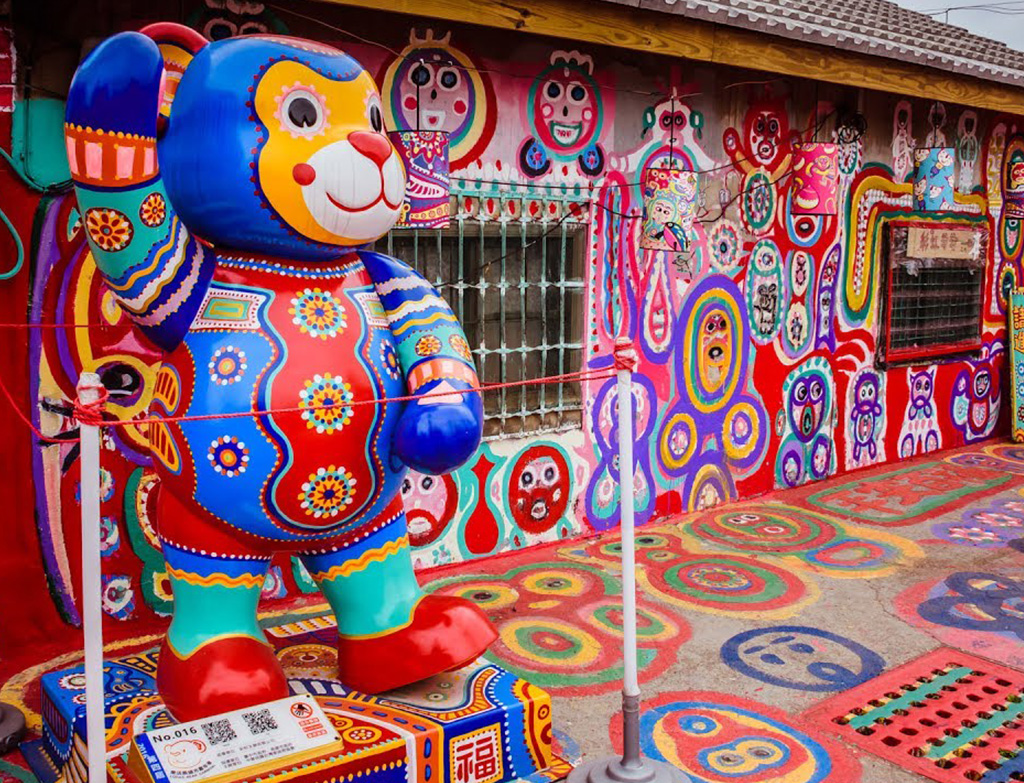 One of Taiwan’s well-known tourist attractions is the psychedelically colourful Taichung village, an endearing result of love and sheer hard work, also an attempt to save the village from getting destroyed. The history behind the village dates more than a decade back when a WWI veteran and a fellow Taichung resident named Huang Yung-fu began painting artistic and creative motifs on the houses in a bid to prevent them from being demolished. Soon, multiple people joined in, wrapping the town in shades of the rainbow. This charming village is by far the most quirkiest and colourful tourist destination in Taiwan.


THE BO-KAAP OF CAPETOWN, SOUTH AFRICA 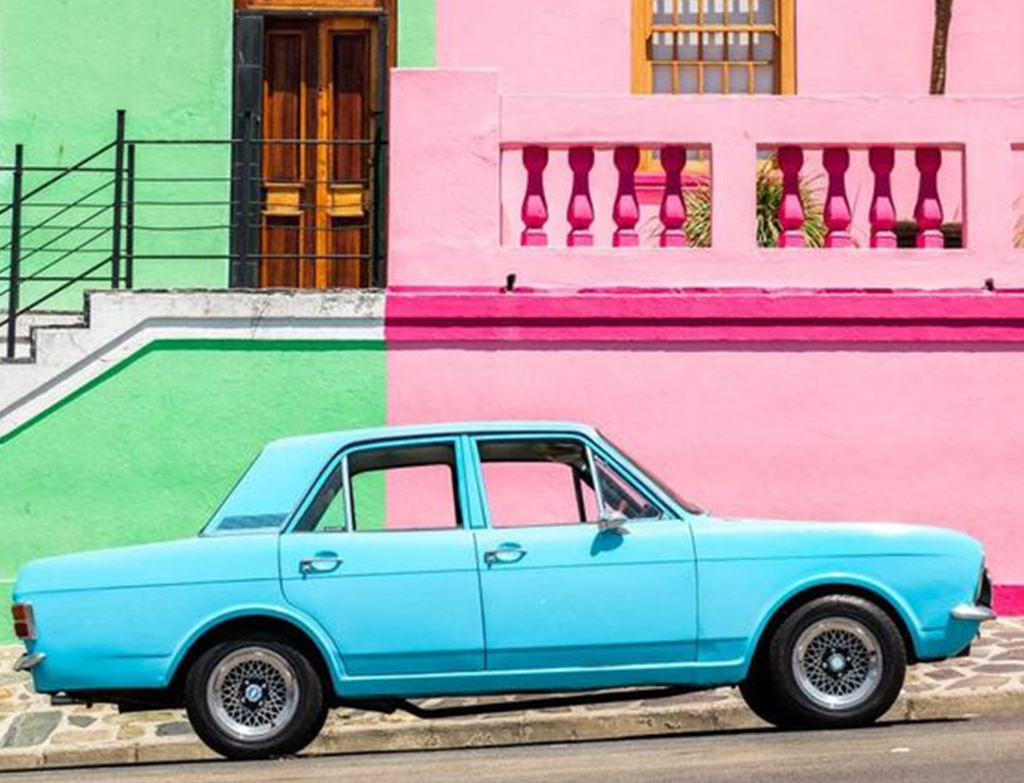 Sitting at the edge of Signal Hill on the border of central Cape Town, Bo-Kaap was initially known as the Malay Quarter and housed the workers brought in from Indonesia, Malaysia, and the rest of Africa for work purposes. Constructed in 1760 and rented to workers, earlier it was mandatory for the houses to be kept white, according to the terms of the contract. When finally, the workers were permitted to buy the properties, they started to paint their houses in bright and vibrant colours to express their freedom and identity.